Hello Koalas Festival is believed to be the world’s first festival celebrating Australia’s iconic species, the koala, with the specific objective of promoting koala care and conservation.

Designed as an annual event, the inaugural Hello Koalas Festival is taking place from 1 to 11 June 2017 in the Port Macquarie-Hastings region, which has the largest koala population on the east coast of Australia.

Established in 1973, Port Macquarie’s Koala Hospital is a principal event partner (www.koalahospital.org.au). The Hospital’s 2nd National Koala Conference at Rydges Port Macquarie, from 2 to 4 June 2017, is a highlight of the Festival, with several hundred delegates presenting from around Australia and overseas. Many delegates will be staying in Port Macquarie for 3 to 5 days.

The Hello Koalas Festival builds on the popularity of the award winning Hello Koalas Sculpture Trail, created by Arts and Health Australia in 2014, and now a permanent tourism attraction in the Port Macquarie-Hastings LGA. The Trail currently comprises 57 one metre high koala sculptures, hand painted by selected artists and dotted across the LGA from the ocean to the hinterland.

A second new Hello Koalas sculpture will be unveiled at the Festival and is called “Benjamin The Return of the Thylacine”, designed by Bellingen artist, Fiona Morgan. Benjamin is named after the last surviving Tasmanian Tiger which died in Hobart Zoo in 1936. This Hello Koalas sculpture is a tragic reminder that species are vulnerable and can become extinct. Benjamin will be joining a mini sculpture trail at Sea Acres Rainforest Centre in Port Macquarie, as part of a new Environmental Boardwalk Attraction under the banner of “Save our Koalas”.

We are proud to be working with so many outstanding event partners to ensure that the Hello Koalas Festival becomes a regional flagship event in NSW, with national and international significance.

We would like the community and visitors to Port Macquarie-Hastings to have lots of fun engaging in koala related festival activities – at the same time, we aim to promote awareness that koalas are vulnerable and encourage people to be responsible environmental citizens for the survival of this treasured species – our koala.” 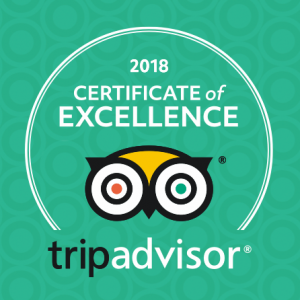