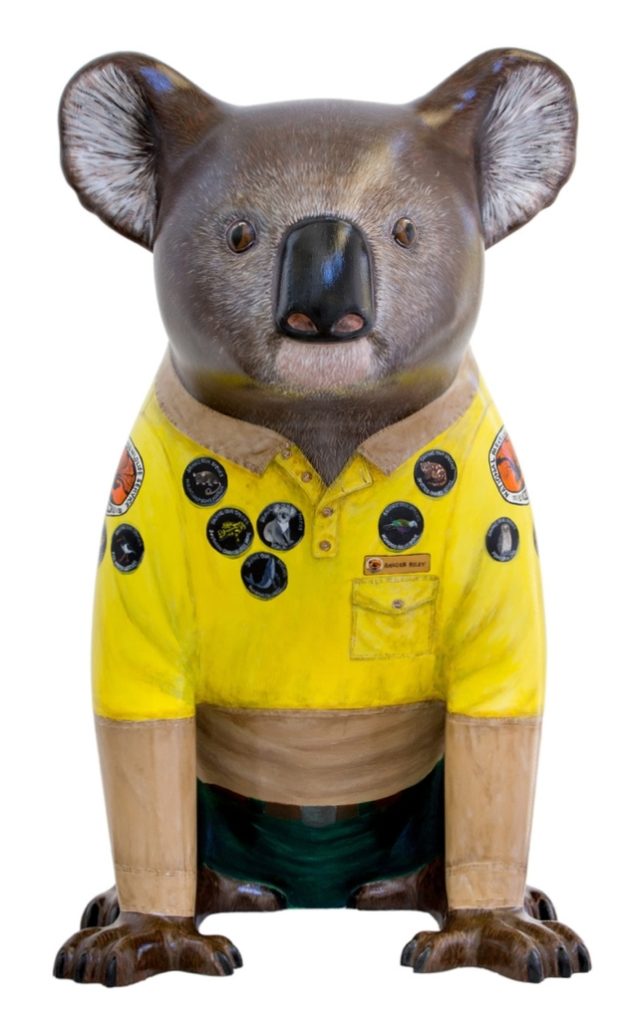 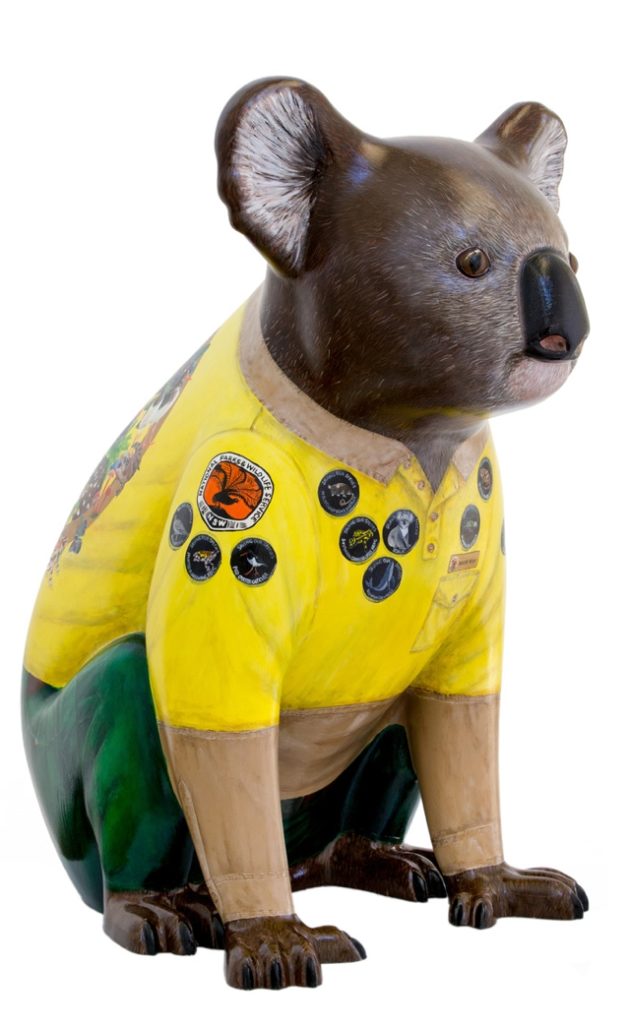 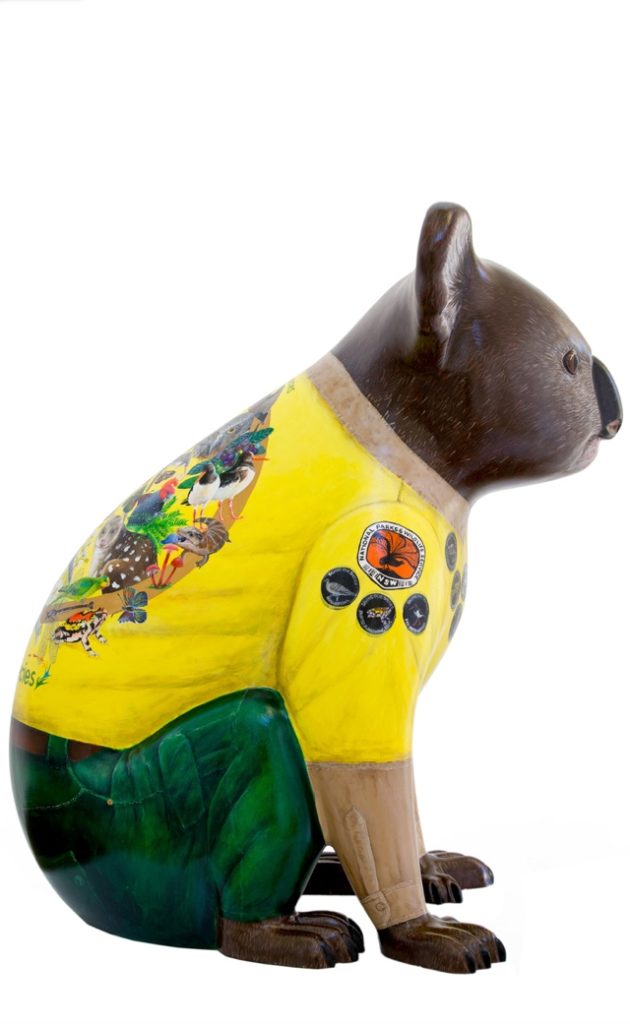 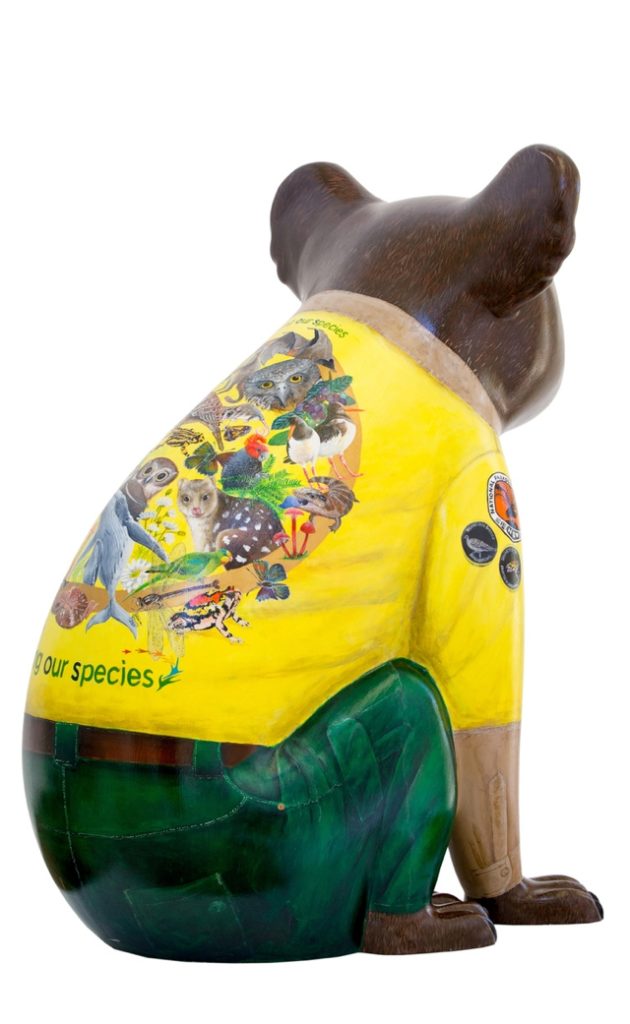 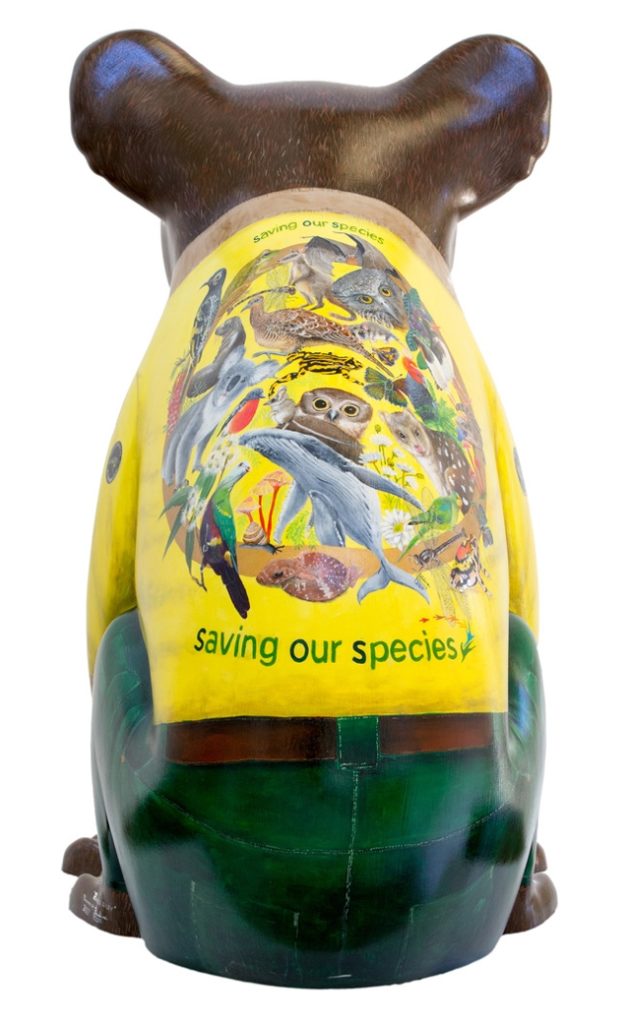 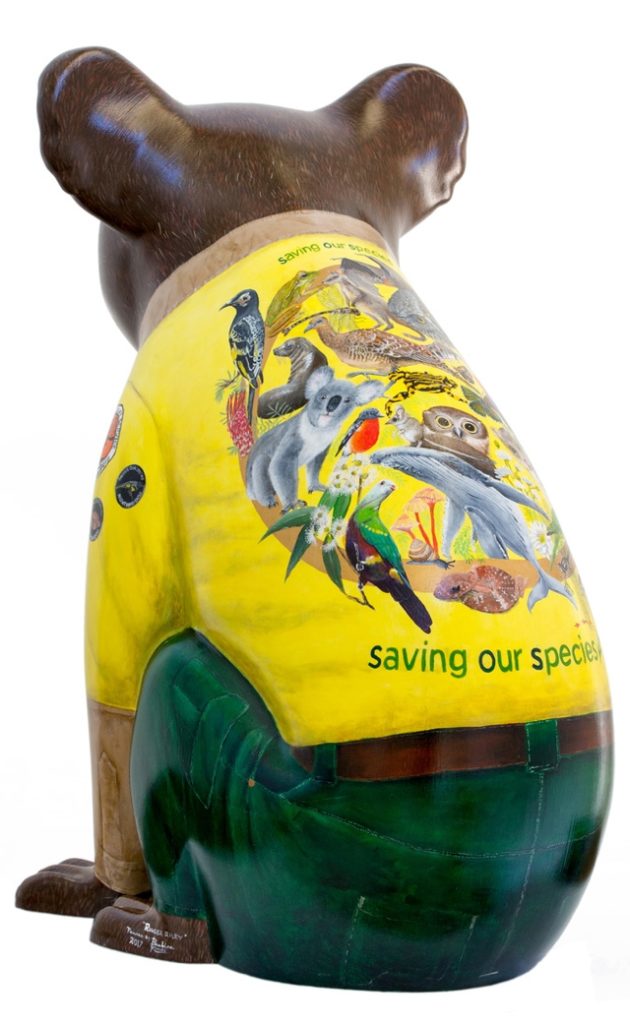 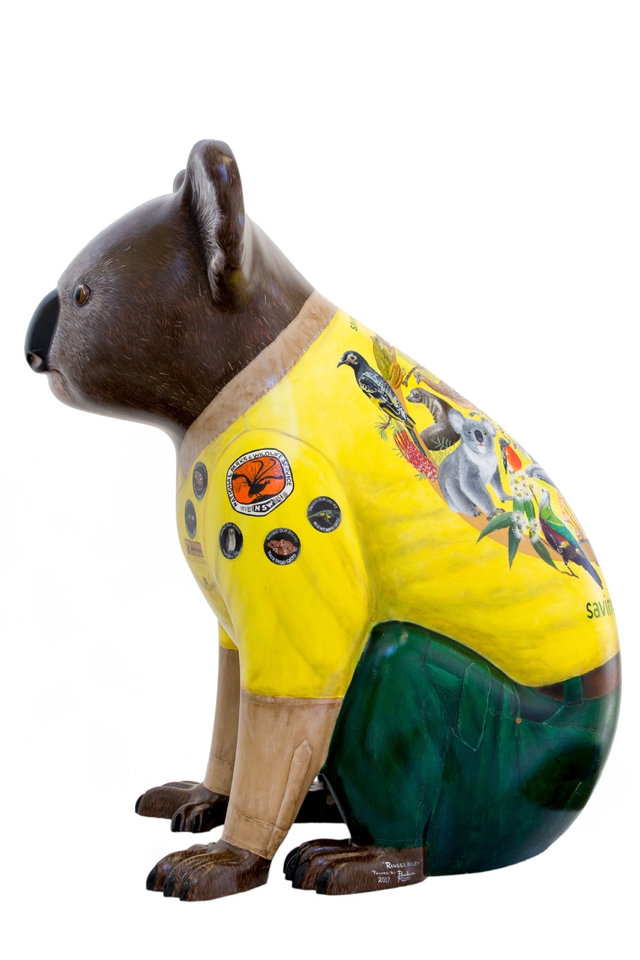 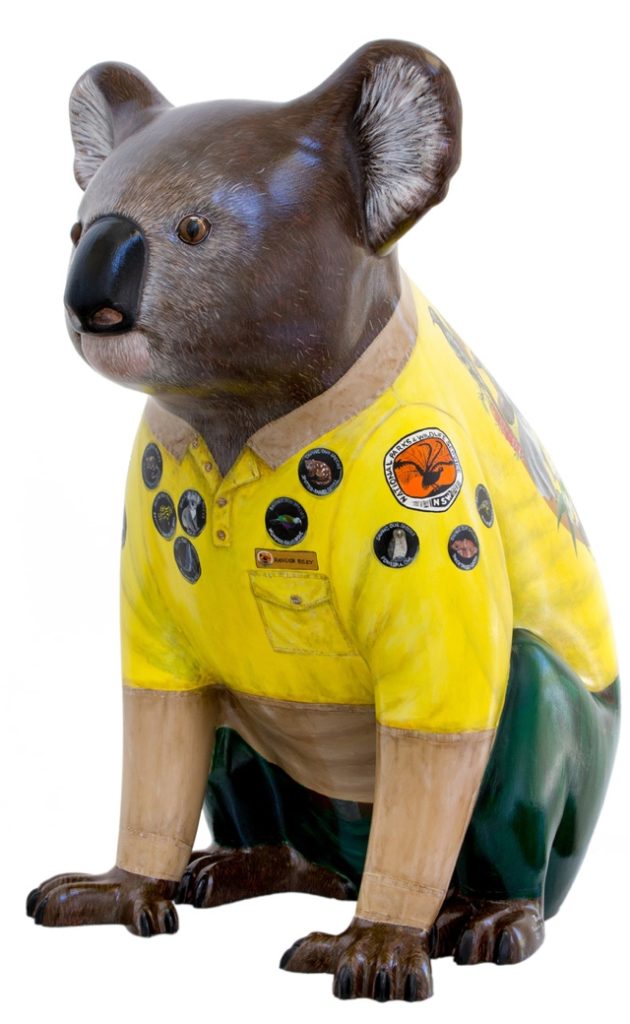 Ranger Riley is a Roaming Ambassador for NSW National Parks and Wildlife Service and the NSW Government’s “Saving Our Species” program.

Ranger Riley features a design that incorporates images of threatened species in NSW National Parks. The Koala is an ideal messenger for the “Saving Our Species” program as an iconic Australian animal, itself under threat.

“Saving Our Species” is an innovative conservation program in NSW, which is aims to halt and reverse the growing numbers of Australian animals and plants facing extinction. This program seeks to secure as many threatened species as possible in the wild for the next 100 years. In NSW, almost 1,000 animal and plant species are at risk of extinction.

Proudly bearing 12 badges depicting some of the most threatened species in NSW, Ranger Riley also wears on his uniform an elaborate and colourful design of 37 threatened species, which forms a striking visual catchcry for the “Save Our Species” campaign.

Ranger Riley is a Roaming Ambassador for NSW National Parks and Wildlife Service and the NSW Government’s “Saving Our Species” program.

Pauline Roods has lived in Port Macquarie since her early childhood, and has been painting for over 30 years.

Her most recent works have been commissions, of her signature underwater style, Australian wildlife paintings, individual portraits and emotive war paintings.

Pauline has been commissioned as an artist for 7 Hello Koala Sculptures including Mack The Surf Life Saver, The Mayor of the Koala Republic, Forest, Woody, Shelly, Kenny Koala and Ranger Riley and his customised table on which he stands.

Pauline has also been commissioned to create the highly successful Hello Koalas Colouring Book, and a Hop for Hope Celebrity Kangaroo for the Alannah Madeline Foundation Celebrity Auction, in the Yarra Valley, Victoria in 2016.

Ranger Riley will be located at the Visitor Centre of the Australian Botanic Garden, Mt Annan for the month of April. Following the exhibition, Ranger Riley will return home to Sea Acres Rainforest Centre in Port Macquarie.