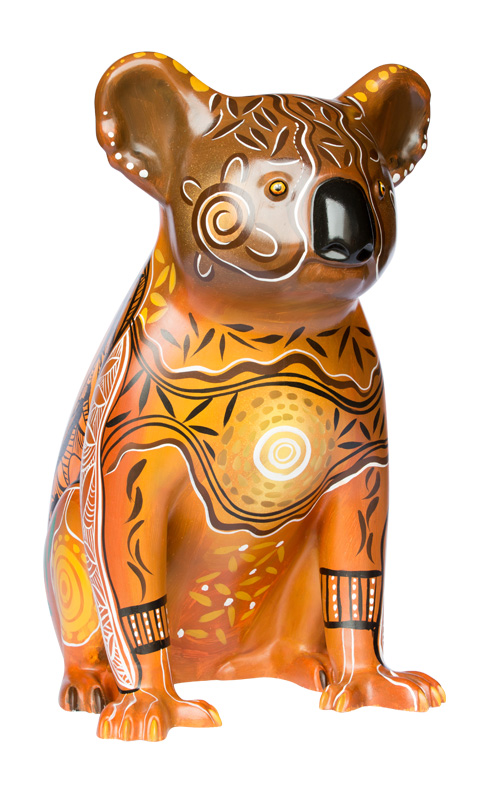 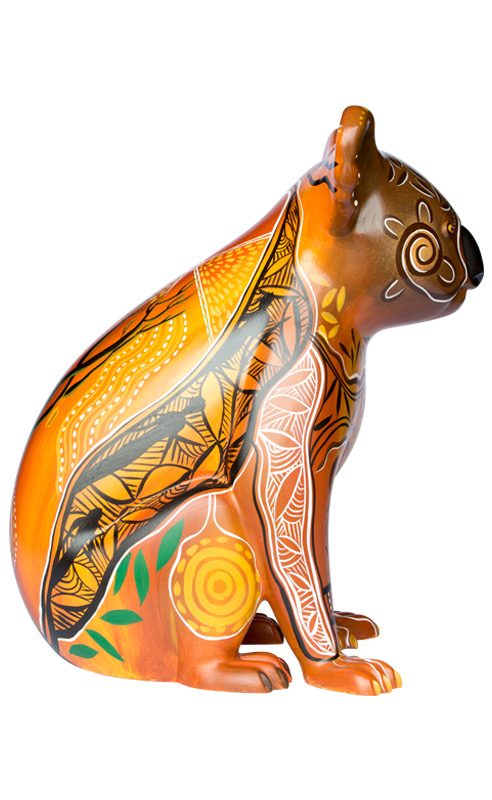 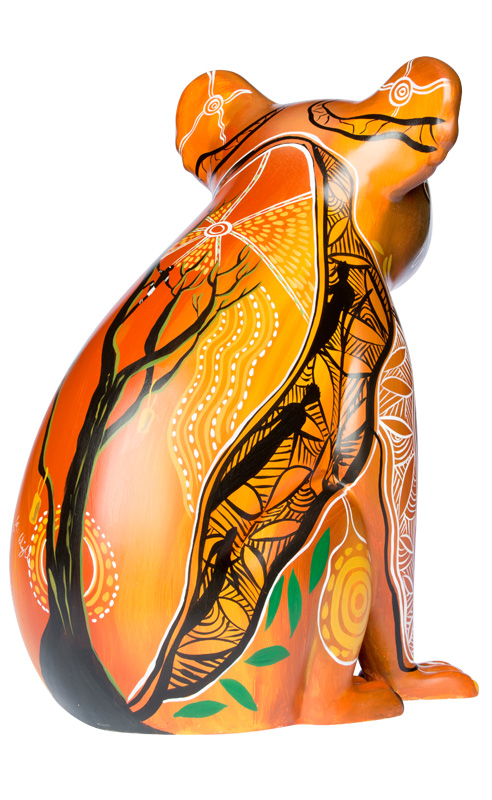 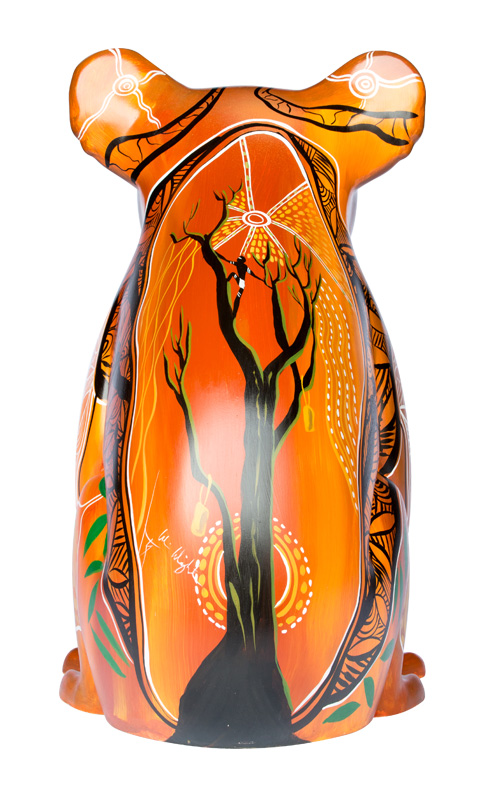 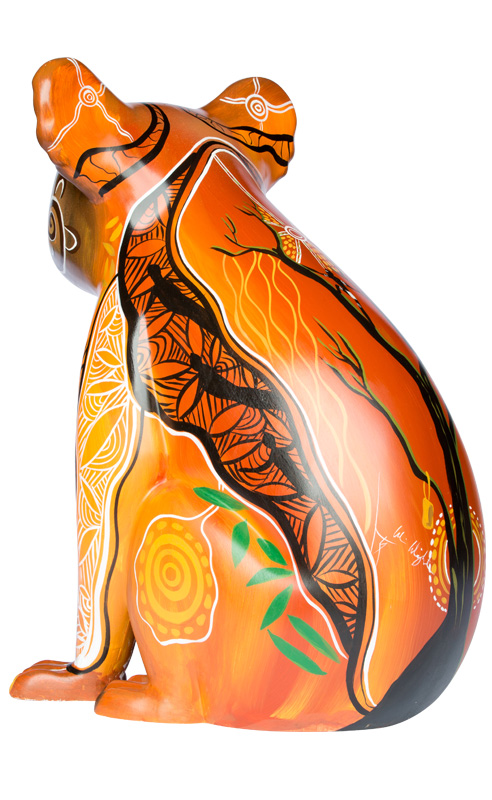 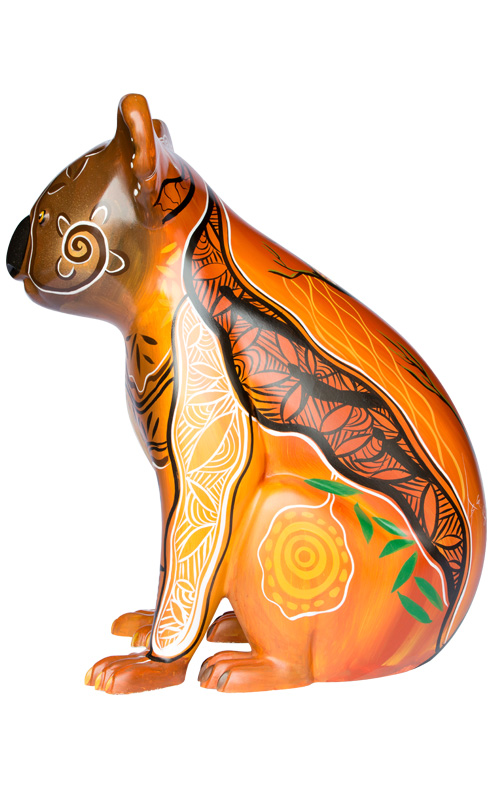 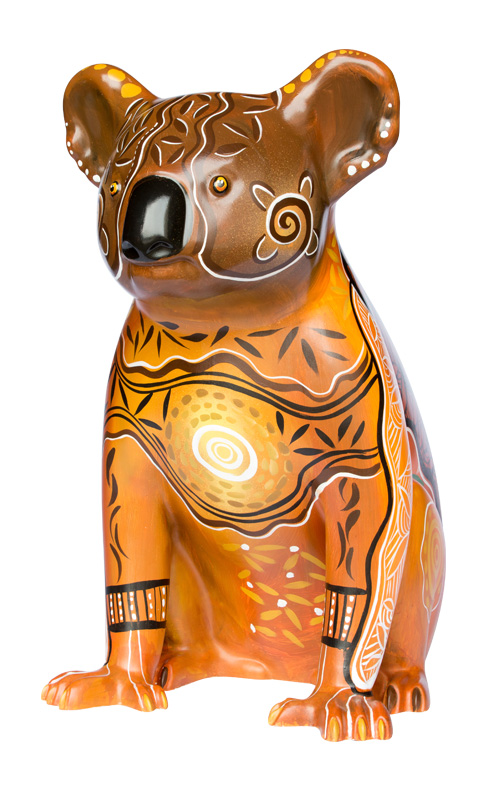 Aboriginal legend has it that there was once a child whose parents died, and who was then cared for by relatives. These relatives were unkind to him and restricted his intake of water, especially what they had collected for themselves. The child was given eucalyptus leaves to eat, and subsequently was thirsty most of the time.


One day these relatives went off into the bush for the day to hunt for food. They forgot to take their water vessels. The child made the most of the situation and drank lots of water.He then worried what might happen to him when his relatives returned and found out that he had drunk their water so he climbed a tree taking a water vessel with him.


At dusk, his relatives returned, tired and thirsty. They immediately looked for their water, but they were nowhere to be seen. Then one of them caught sight of the child sitting in the tree, with the water vessels beside him.


The hunters became very angry, for they could not reach the water, and they knew the boy had tricked them. But they were clever people and spoke gently to the child, telling him they were sorry they had treated him badly and that, if he were only to come down and bring the water with him, they would be kind to him. The boy believed them and made his way down to the ground.


But straight away his relatives set about him with sticks and stones, beating him until his body was quite soft. Mad with anger, they continue to beat him until at last a strange thing happened. The boy began to change. He became shorter, stockier, and covered with grey fur. He was a koala! He turned and ran up the tree again, far out of reach of his relatives.


They, in turn, began to chop the tree down, hacking away at its trunk until it crashed to the ground, spilling the water vessels as it did so. The water poured down, flooding across the forest floor as a mighty creek, and the koala-boy disappeared forever into the night.

Since that time, it has been forbidden for the Aborigines to break the koala's bones when they kill it. Though they may eat the animal, they may not skin it, and they must always treat its body with respect. If they do not, there is a danger that all the water in the land will dry up, and there will be a terrible drought.

Colin Wightman, of the Goomeroi people, was born on Toomelah Mission - a small Aboriginal community on the dry plains near the northwestern border of NSW.

Toomelah is the Aboriginal word for 'people who move from place to place' and it reflects very much the lifestyle Colin chose to live.

Colin became involved in art at a young age, inspired by his younger brother. Colin’s dad painted too, but sadly he never got to see him do this as he passed away when Colin was very young.

Colin Wightman was selected as a finalist in the 2005 Parliament of NSW Indigenous Art Prize held at Parliament House, Sydney.

In the accompanying catalogue, Wightman stated that he "paints because it tells the stories of the tribe I am from” and that he “paints what I see and what I was told by my Nan and other elders of the Goomeroi tribe”.

The Goomeroi tribe can be found in the far north west of NSW near the Queensland border.

The colour in Colin’s art was influenced by location and how he was feeling at the time. In addition to his work as an artist, Colin taught visual arts at TAFE.

Koala Boy is on display at Settlement City until March 2021. Koala Boy is then going to Australian Botanic Garden, Mt Annan in Campbelltown for the month of April 2021.